Google has announced they are now rolling out a new form of featured snippets they are calling "multifaceted featured snippets." They are starting with showing multi-intent answers here, so they can show more than one featured snippet for "queries that have several potential intentions or purposes associated," Google said.

Here is an example:

This is how it looked beforehand: 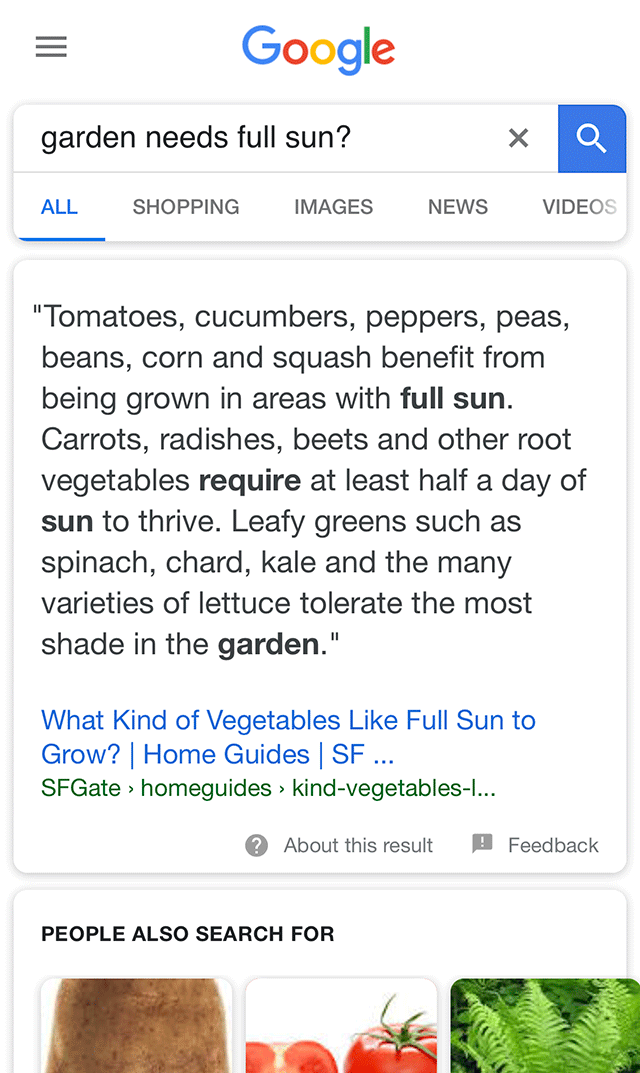 Google explained in the example above with the query "garden needs full sun?" we're able to recognize that it could be interpreted as "what garden plants need full sun?" or "what counts as full sun?" and offer featured snippets for both.

Google said these "multifaceted featured snippets" are now focused on "multi-intent" queries, which are queries that have several potential intentions or purposes associated. Google said they plan on expanding them to guidance-seeking queries as well.

Google also tweeted about the rollout:

Last month, we shared how Google would be displaying more than one featured snippet, when deemed useful. This is now rolling out live on mobile and will eventually come to desktop over time. More here: https://t.co/b2u4T9RvUW pic.twitter.com/ENJFa8ppkE

It will be interesting to see how Google expands these "multifaceted featured snippets" and let us know when you see interesting ones.