In September, Google wow'ed the SEO community by adding a report in the new Google Search Console that showed indexed, low interest pages from your web site. Well, now, Google removed that feature and Google has no plans on bringing it back.

Google's John Mueller said on Twitter that the feature was "really confusing to a lot of people, so we removed it."

That was really confusing to a lot of people, so we removed it. I doubt we can bring it back 1:1, but we're always looking at ways of adding more value to the tools... /shrug

Here is a screen shot of that report from @glenngabe: 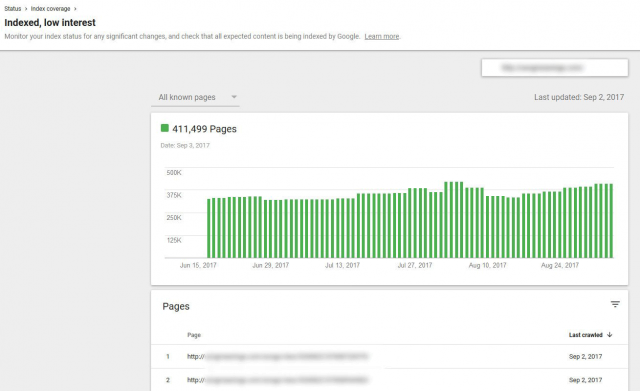 Google removed all mentions of that report. As we covered then, some SEOs were freaking out about that report. I wrote The Indexed, low interest filter shows you "the page was indexed, but appears very rarely in Search results. It might be omitted from other Search Console reports." That is it, simple - nothing to get too nuts over.