Over the past few days, the webmaster and SEO community has been asking why did Google remove the quota number from the Google Search Console Fetch as Google "request indexing" feature. As I covered at Search Engine Land yesterday, Google will not comment about the reason behind removing it from the interface but yet still mentioning the quota in the help docs.
Previously, if you went to Google Search Console, clicked on Fetch as Google, ran a fetch, you would be able to click on a button that says "Request indexing." When you click that, a box comes up that lets you request indexing but that box previous showed quotas on how many times you could use it in a month - that text is now gone.
Before: 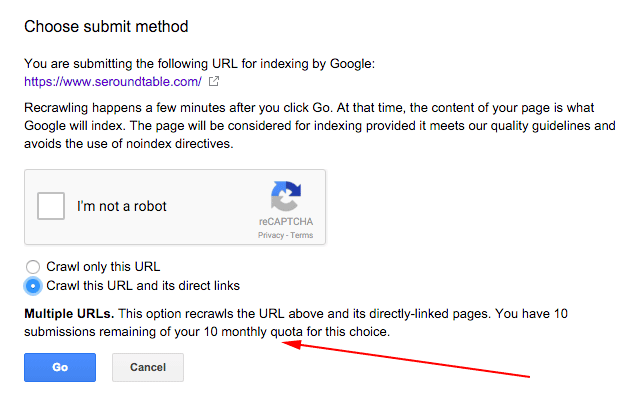 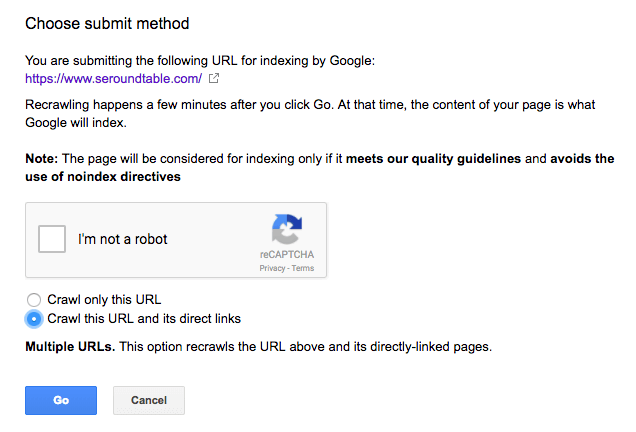