Danny Sullivan: I Was Not Hired By Google To Keep Quiet 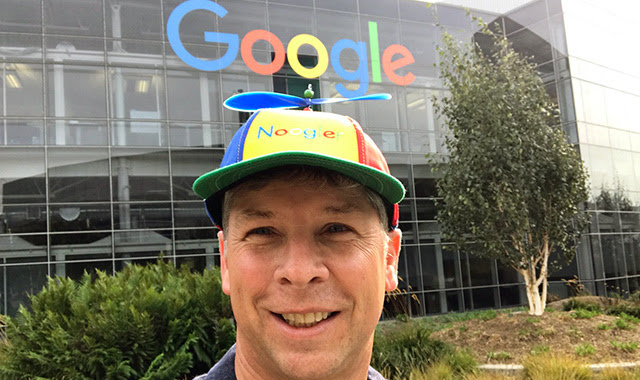 As you know, after Danny Sullivan retired from the search space, he was hired by Google a few months later. I was honestly shocked but I was optimistic for both parties.
That being said, Adrianne Jeffries, an editor at The Outline wrote a story around a Google instant answer being incorrect. I mean, you can literally write dozens of articles a day on that topic, but this caught a lot of attention because of the names involved. The cool thing is, when the answer Google gives is wrong, and you report it to Google via the link under the answer, normally it is resolved within 24 hours - I tested it myself several times.


In any event, Adrianne Jeffries actually wrote that she thinks Google hired Danny to keep him quiet. She wrote "Danny Sullivan, a journalist who was so effective at reporting on Google that the company hired him away to keep him quiet (my personal theory)."

I think @adrjeffries writes some of the best stuff on search for @outline -- serious, deep, covers quality of issues. You should read her. But on this https://t.co/Kf0WUwVK9N she's 180 degrees off. You'd likely expect me to say this, but FWIW, I think I should address it http://pic.twitter.com/oq07hzHaT4
â" Danny Sullivan (@dannysullivan) January 2, 2018

He then goes on to explain why he is now at Google:

Google didn't hire me to keep me quiet. After 21 years, I retired. I quieted myself. I'd written everything I felt I could write about search. I was done. I didn't know what I wanted to do next. Just something different, as I wrote https://t.co/jyfJiXQpSA
â" Danny Sullivan (@dannysullivan) January 2, 2018

Google actually gave me voice again in search. Seriously, I'd be blogging about Star Wars or Star Trek or something else right now. But Google wanted someone to bring public voice in better internally and also help better communicate externally.
â" Danny Sullivan (@dannysullivan) January 2, 2018

My past two months have been largely quiet as I've learned things internally (it's a huge challenge) and been working on things internally. I'm looking forward to doing more visible stuff in the coming weeks and months, as the learning curve changes.
â" Danny Sullivan (@dannysullivan) January 2, 2018

Adding that he is not with the PR team, which is 100% true, but he is a spokesperson for Google:

FYI, I don't work for Google PR. I work for Google Search. Google wanted me embedded like that, because the goal really is to be more transparent and help assist in tackling issues in a different way. Looking forward to doing that in 2018.
â" Danny Sullivan (@dannysullivan) January 2, 2018


I've known Danny for a nice part of my life, probably close to 40% of my life actually. I've worked closely with him for most of those years.
There really is nothing further from the truth that to say that he would be hired by Google to keep him quiet. He would never have taken on the job if that was the case. If he felt it was the case after he joined Google, he would have left immediately. Him sticking around, means to me, at least, that Google is serious about being transparent and doing a better job around all of that transparency stuff. The day he leaves Google, that is when I become concerned about Google shutting down all transparency. Now, that is my theory.
Forum discussion at Twitter.