A week or so ago, a report came out via Recode that Facebook is no longer the top site for referral traffic, Google has overtaken them to reclaim that as the top site in that category again.
Parse.ly, the data source, said in January, Facebook provided nearly 40 percent of publishersâ external traffic; now thatâs down to 26 percent. And Google, which started the year at 34 percent, now generates 44 percent of traffic.
Here is the chart: 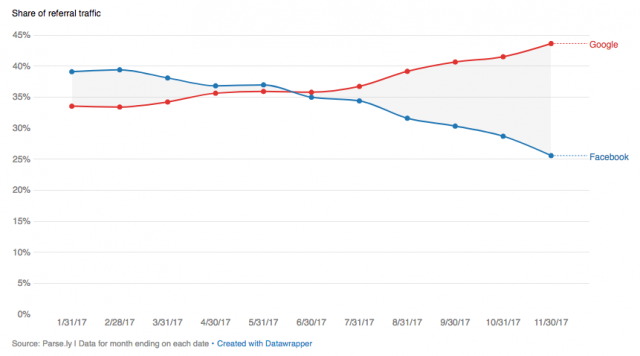 
One of the reasons for the change is that Google AMP is sending more traffic while Facebook Instant Articles is sending less now.
Forum discussion at Twitter.