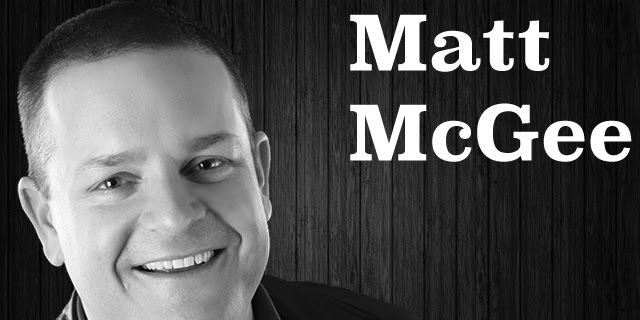 This is part of the say something nice about an SEO/SEM series - feel free to nominate someone over here.
Matt McGee, 49 years old lives with his family in Tri-Cities, Washington area in a really beautiful area (he posts many pictures from his back yard). Matt is someone I've know for a really long time but more importantly, had the privilege to work with for many years while he was at Search Engine Land until departing recently.
He has always been very active in the search community, early on with a focus on local SEO but broadening that over the years in other areas of SEO, SEM, and social media. He has an awesome personality, really easy guy to talk to and is super happy and willing to share his knowledge with his colleagues. This comes in the form of sharing by leading a team of writers, to sharing his own tips on social media, his personal blog, at conferences and over podcasts and more.


The search community absolutely adores Matt, he just has that personality. He has formed deep relationships with his peers and through that, has been able to help the community in so many ways.
Amy Gesenhues, from Search Engine Land, nominated Matt, and told a stunning story of what Matt means to him and honestly, to most of the search community that knows him. Amy wrote:


In 2013, I had a phone interview with Matt McGee for what I thought was the dream job - the opportunity to be a full-time reporter covering the digital marketing, SEM and SEO industry. After more than a decade practicing marketing, I had come to terms with the fact that the only way I was going to be happy and fulfilled in my career was to focus on what I most wanted to do with my life - be a writer.
The call was scheduled for 3:00pm, right around the time my grade-schooler got off the bus. Knowing I would be in my home office downstairs, I wrote my daughter a note and taped it on the door so it was the first thing she saw coming into the house.
"I'm on an important call in my office. You can have a snack and watch TV until I'm off the phone. Love, Mom"
Within the first minutes of my interview, I heard my daughter enter the house. I could hear her small steps across the kitchen floor and the refrigerator door open. When I heard the faint sound of the TV being turned on, I returned my full attention to Matt who I was trying desperately to impress.
Again, this was my dream job.
What I had failed to tell my daughter in that note was not to make any calls. Right smack in the middle of my interview, she picked up the phone we kept in our living room and started dialing my husband's cell. (Yes, we still had a landline - the same line I was using for my interview.)
In the midst of trying to answer a question about whether or not working from home would be a problem for me, I had to excuse myself from the call and run upstairs to tell my daughter in my most tempered-I'm-not-at-all-losing-my-patience voice, "Hey sweetheart, please hang up, I'm on a call right now."
What I thought for the sure was the end of my interview, or at the very least, the end of me being considered a valid candidate, Matt laughed it off with a comment about the struggles of being a parent. He was kind, understanding, and had a sense of humor about it all.


Not longer after my daughter interrupted that phone interview, Matt sent me a formal offer to be part of his team. During my time working with him, he continued to be the very same kind and understanding person he was during that phone interview.
I learned so much from Matt McGee -- and continue to learn more every day from the entire TDM editorial team. I will be forever grateful the opportunity Matt afforded me - opening the door to what has proven to be my dream job. And while I have thanked him personally, I am so very happy to thank him again on this public forum.

Matt McGee Bio: I began learning and doing SEO in the late 1990s while building websites for small business owners primarily based in the Tri-Cities, Washington, area. Discovering Danny Sullivan's Search Engine Watch website was a breakthrough, as was joining the various early SEO forums and mailing lists that existed then. My favorite early success story is about local clients of mine -- a mom and pop team that had us create the first e-commerce website in our area. He sold handcrafted wooden pens that were made in his garage, and she sold hand-painted wooden decoys also created in their garage. Several months after the site launched, they came to us and said they'd been getting some orders, but not enough to keep the site online. And did we have any other ideas they could try before shutting down? I suggested we spend a couple hundred dollars to get listed in the Yahoo Directory. They agreed to give it a shot. We paid and waited for the 7-day review period, and then their site was added. I didn't hear from them for a few weeks, until they came in with big smiles on their faces and told us that, in the first two weeks after being listed, they'd received dozens of new orders from 15 different countries around the world and could stay in business. I was on top of the world! That feeling, when you know something you've done has made a material improvement in someone else's life, is what I've always loved about doing SEO and digital marketing. I eventually ended up doing some consulting for bigger clients (like Target.com and The Weather Channel), but local SEO and small businesses have always been where my heart is.


Prior to doing web design and SEO, I was a journalist -- I worked in TV and radio news/sports for about seven years. I got to combine journalism and digital marketing when I joined Third Door Media in 2008, and worked my way up to being Editor-In-Chief for its three websites while also coordinating and moderating lots of sessions at various SMX events. I left TDM earlier this year after almost 10 years and have returned to my roots, helping my wife's burgeoning real estate business as her digital marketing guy. While continuing in that role as long as she'll have me on board, I'm also thinking about re-opening my SEO consulting business with a specific focus on the real estate industry.
Favorite thing about the SEO community? Everyone's so generous. It's remarkable to me how willing everyone is to share their knowledge with the community -- whether it be on their blogs, at conferences or wherever.
One piece of advice to the SEOs out there? Life is short, so do what you love with people who love and respect you. Your internal happiness and satisfaction are way more important than salaries and hourly rates, job titles, client lists, awards, etc.
Favorite things in general? This is straight from my personal blog: "I'm a big sports and music fan. I love big, juicy cheeseburgers and ice cream. With M&Ms. The ice cream, that is. Not the cheeseburgers." I should probably also mention my ~35 years or so of U2 fandom, since a lot of people tend to think of me when they hear a U2 song on the radio. I'm okay with that association.


What you want to be known for in the SEO space? A guy who works hard to make a difference for his clients and treats others the way I'd want to be treated.
You can learn more about Matt on his personal blog and on LinkedIn and you can also follow him on Twitter.
This is part of the say something nice about an SEO/SEM series - feel free to nominate someone over here.